Welcome to my Blog

This lovely wedding included several of my favorite elements ... an adorably quirky bride and groom, stunning fall colors, a first look, and a lot of fun non-traditional choices.  Congratulations Erin & Tommy on a beautiful wedding day!

Enjoy the interview with Erin ... 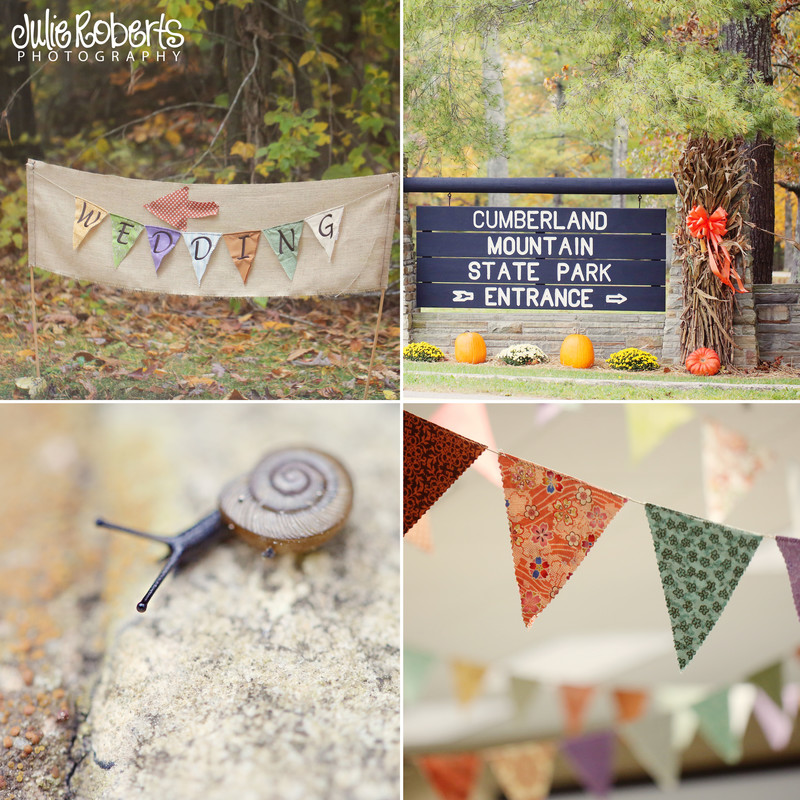 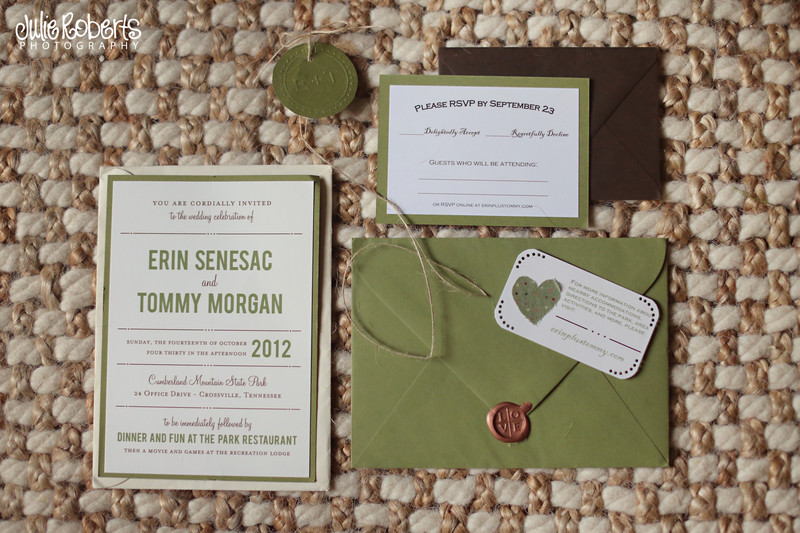 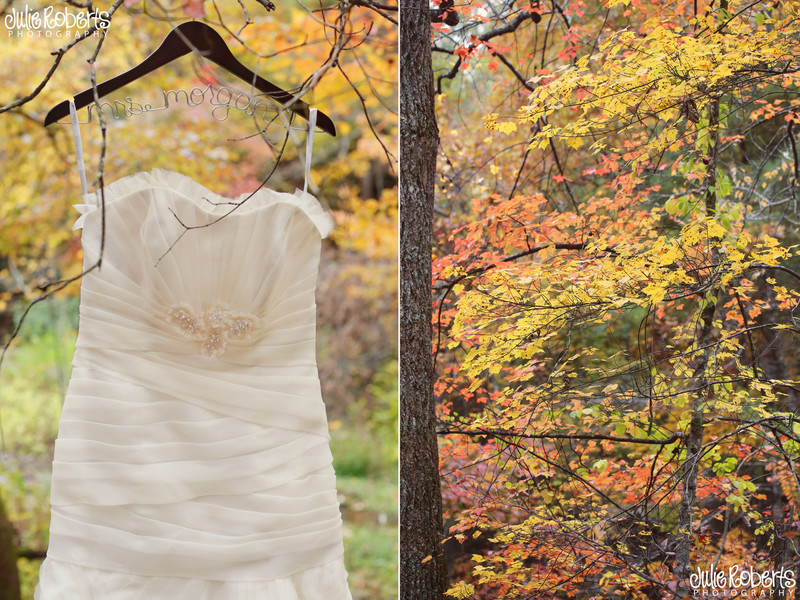 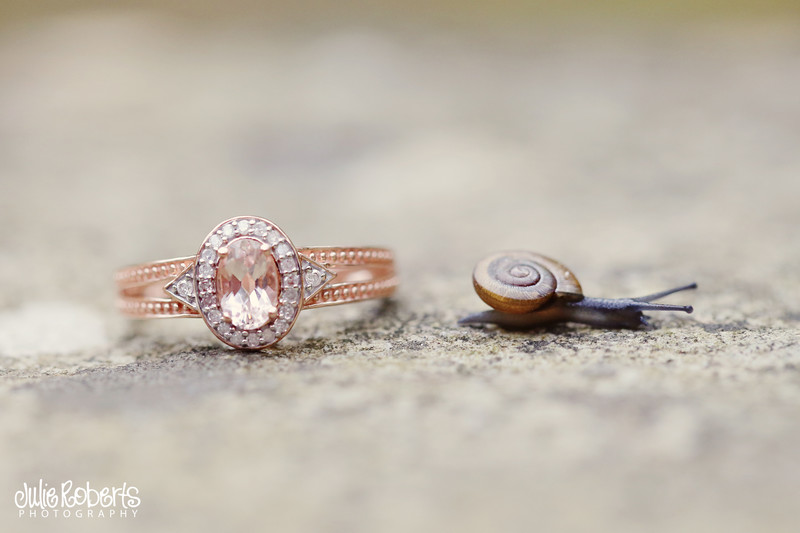 -How did the two of you meet?

My sister introduced us. She and Tommy were both computer science majors at Furman University and were friends. The first time I met him, I was trying to find some people to participate in a quick psychology experiment for class, and my sister told me to stop by the computer science building to use some of her friends. But we didn’t really start to get to know each other until we met again about a year later. 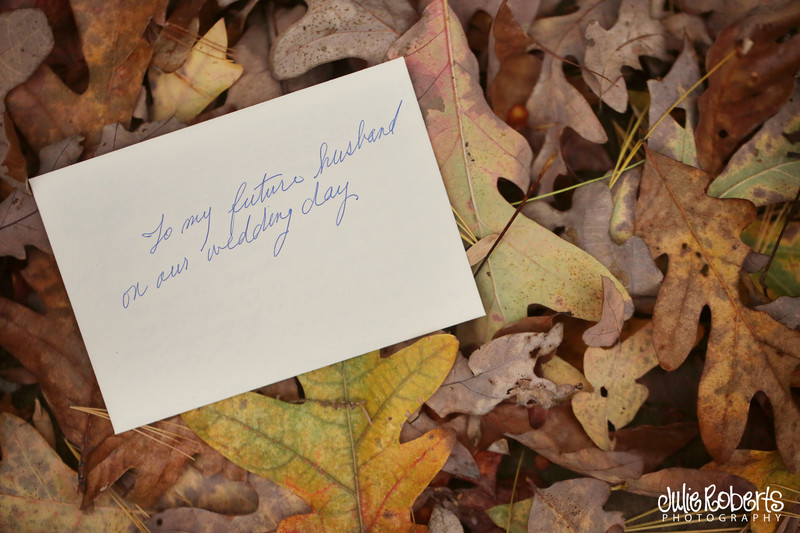 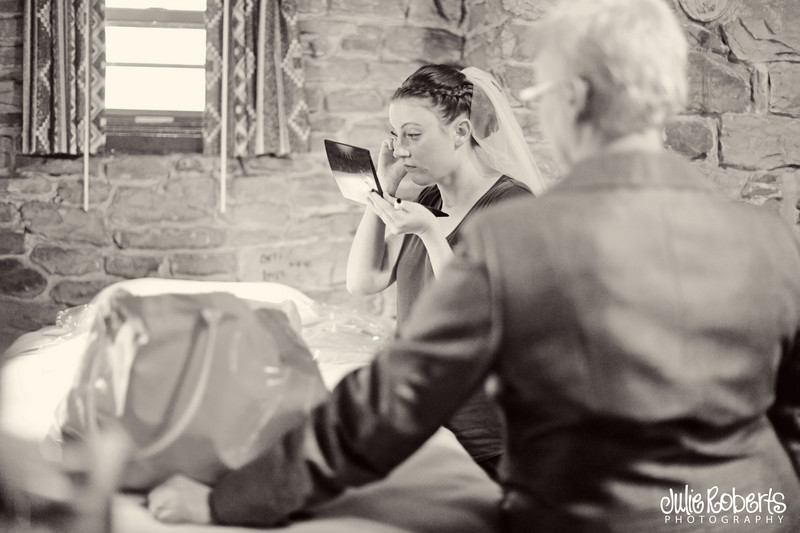 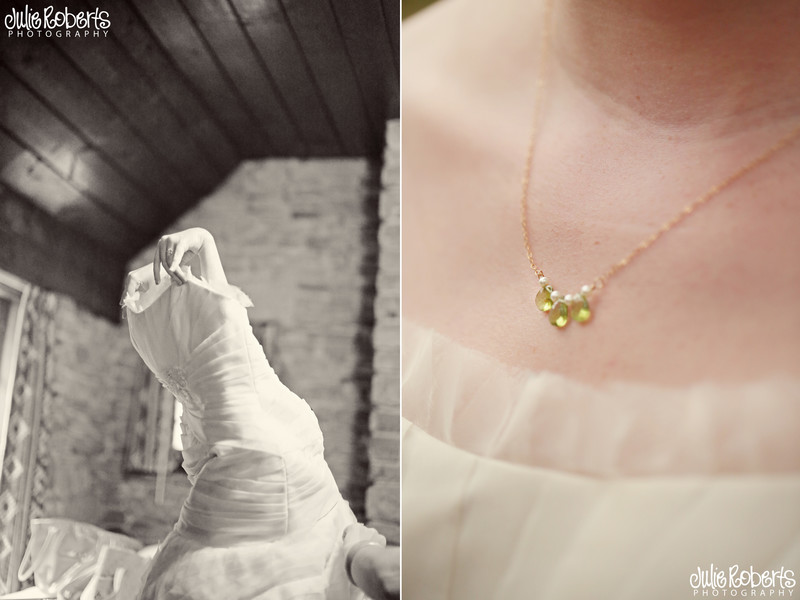 What was your favorite thing about planning your wedding?

I loved looking for little touches to make things special and personal. And I love decorating. So, I spent a lot of time on Pinterest getting ideas, and it was fun winnowing them down until we had something perfect for us. 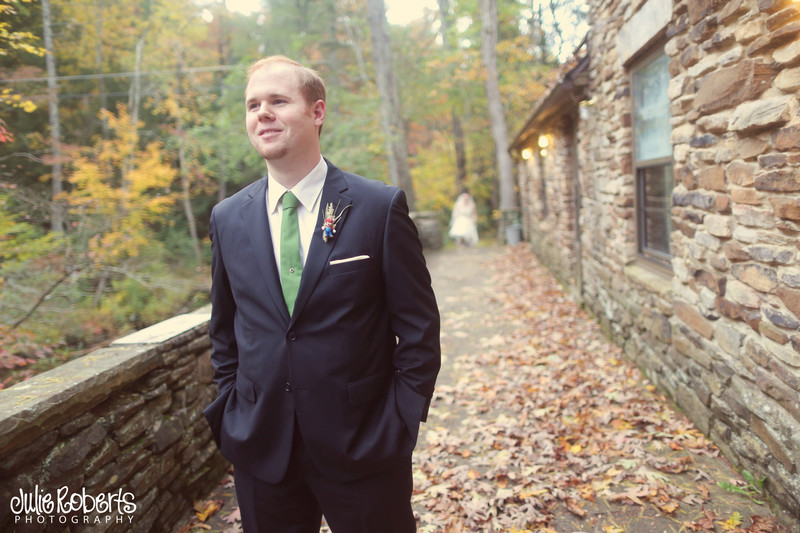 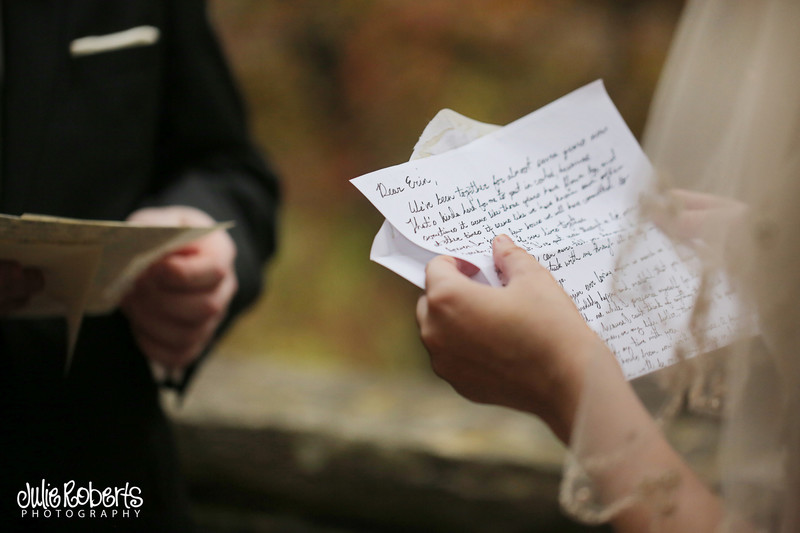 What was the most emotional part of the day for you? We wrote each other letters to read before the wedding. The one Tommy wrote was perfect. 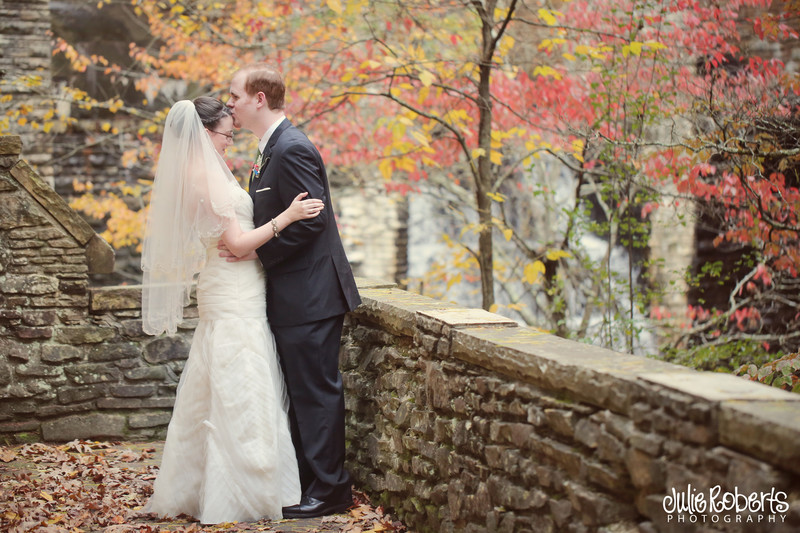 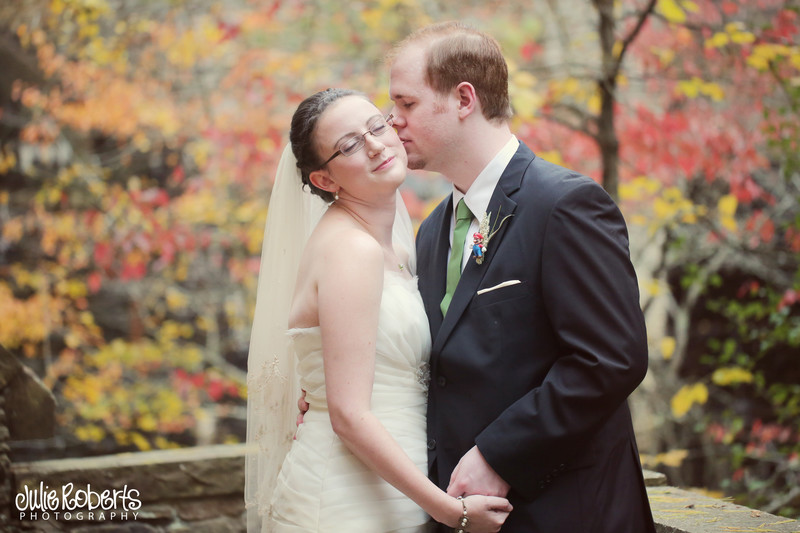 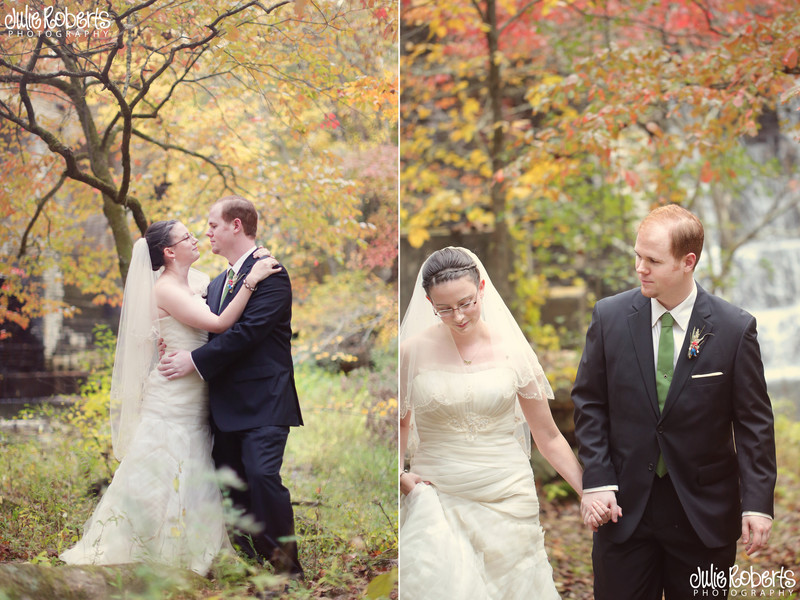 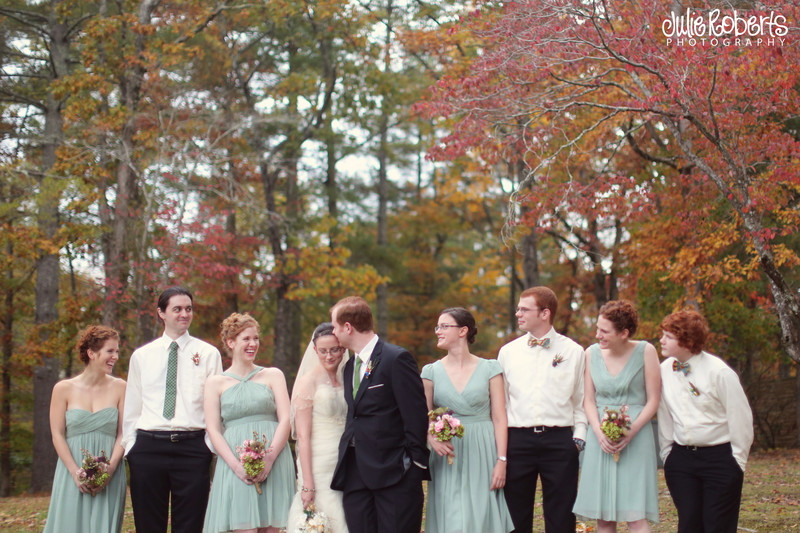 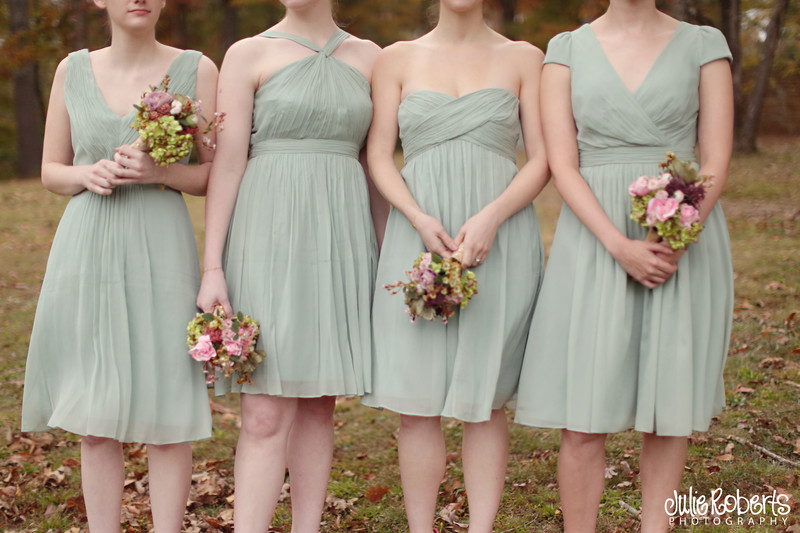 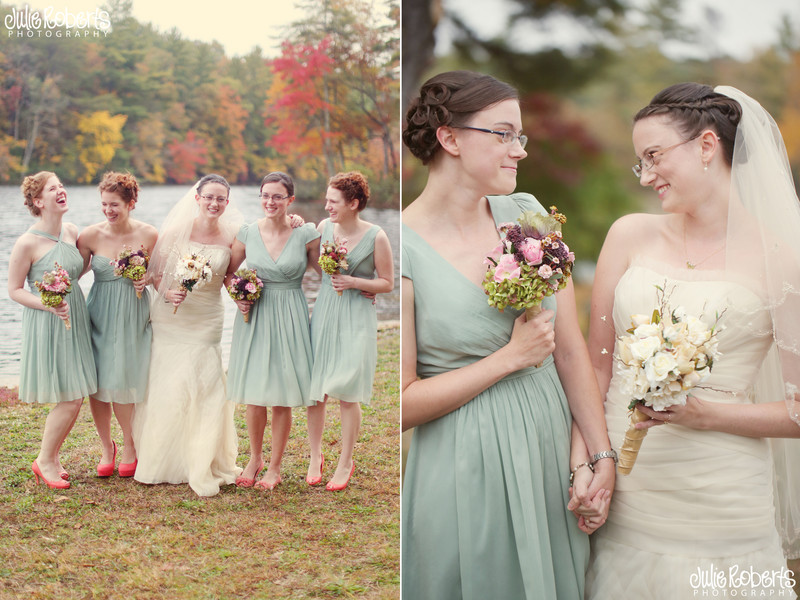 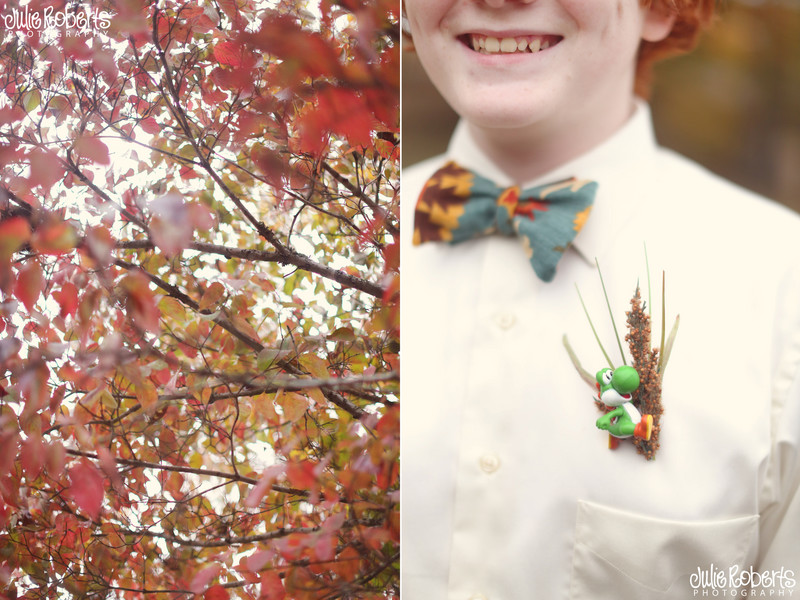 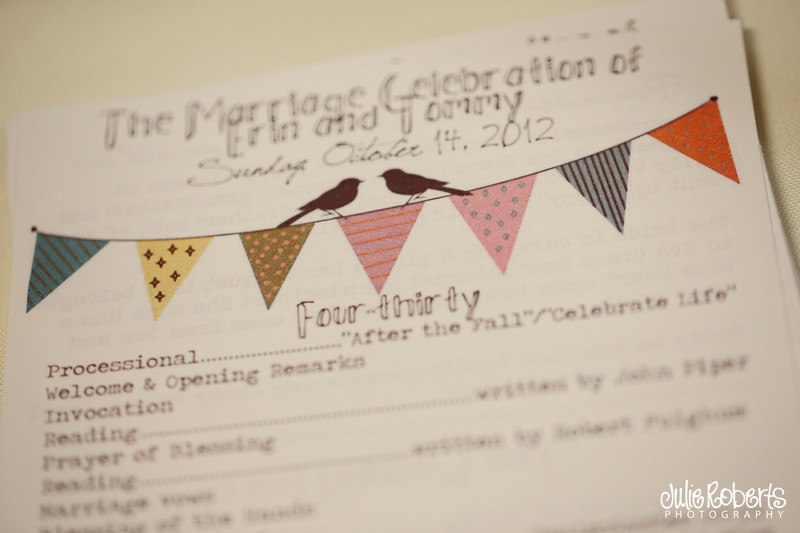 Did you do any DIY projects? Oh, yes! My mom and I made all of the floral stuff (boutonnieres, bouquets, centerpieces). She got a book on how to make bouquets, and we slowly stocked up on supplies as we found things we liked. I also made most of the invitation suite and the programs. The ribbon backdrops and all of the bunting were made by mom and me. My sister made the table runners and the “Morgan” boards. And I made a guestbook that was a scrapbook with old family photos. 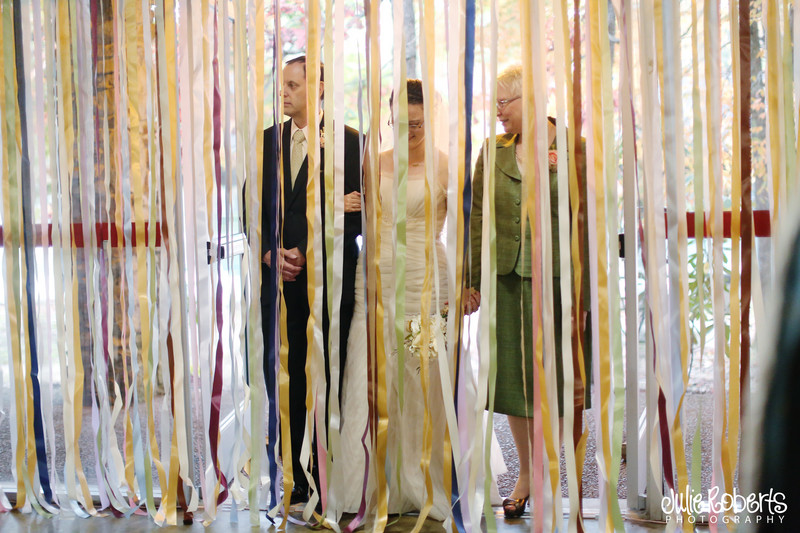 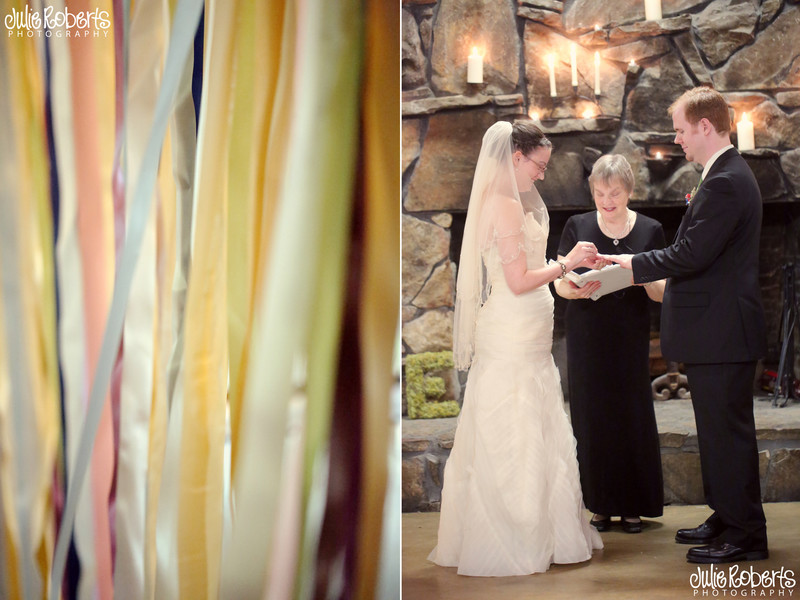 What was your biggest day-of crisis and how did you handle it? We were supposed to have the ceremony in the outdoor amphitheater, but it turned out to be a rainy day. We decided to move the ceremony into the recreation hall and my cousins helped us make impromptu decorations. I think it turned out to be gorgeous. It may have even been prettier than the original plan! 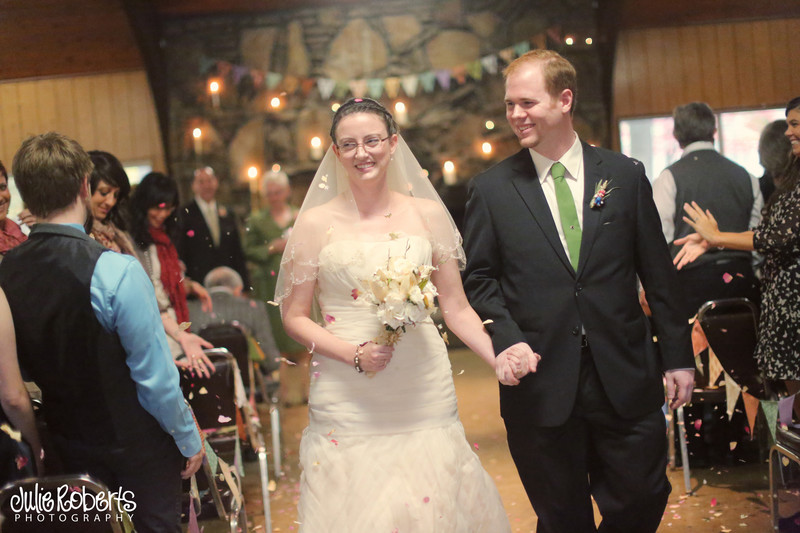 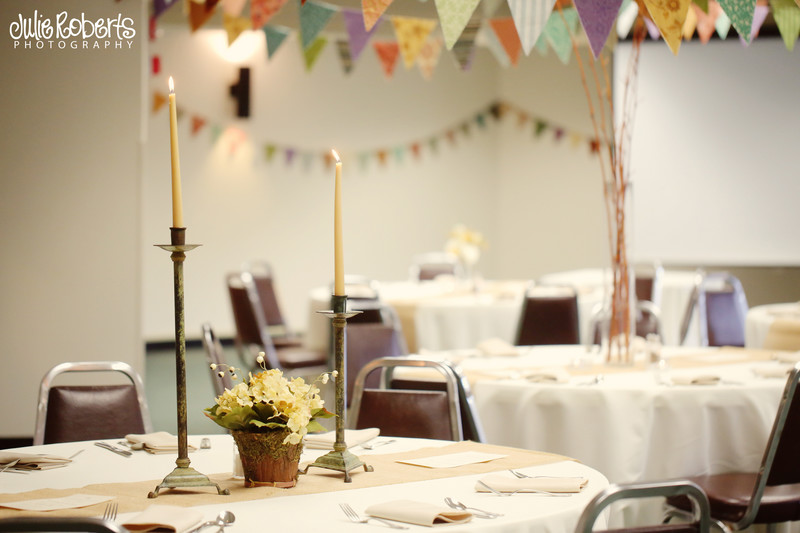 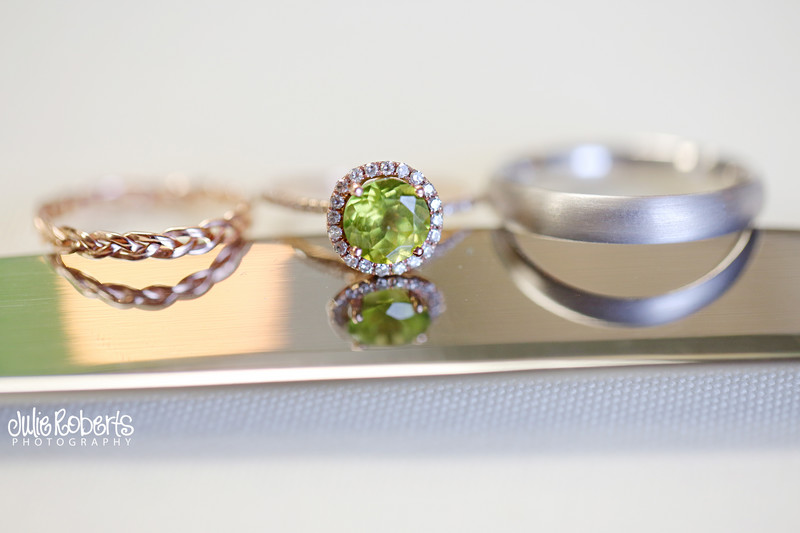 What significant non-traditional elements did you include?

I’ve been to a lot of weddings lately, and I’m not a huge fan of some of the traditional activities anyway, so I really wanted our wedding to include some things that would be unusual and that I would have fun doing. So instead of dancing, we did a games party and had a piñata, Bingo (but we made our own variation we called “Morgan”), cornhole, and poker. And we had petit fours and s’mores instead of cake. So it was a non-traditional party, but I had a blast. 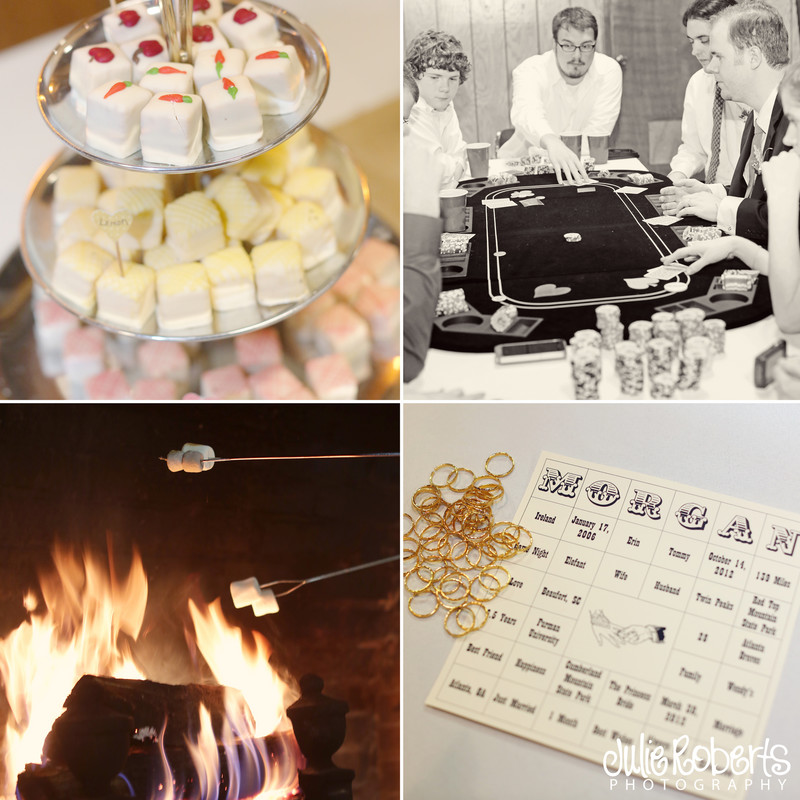 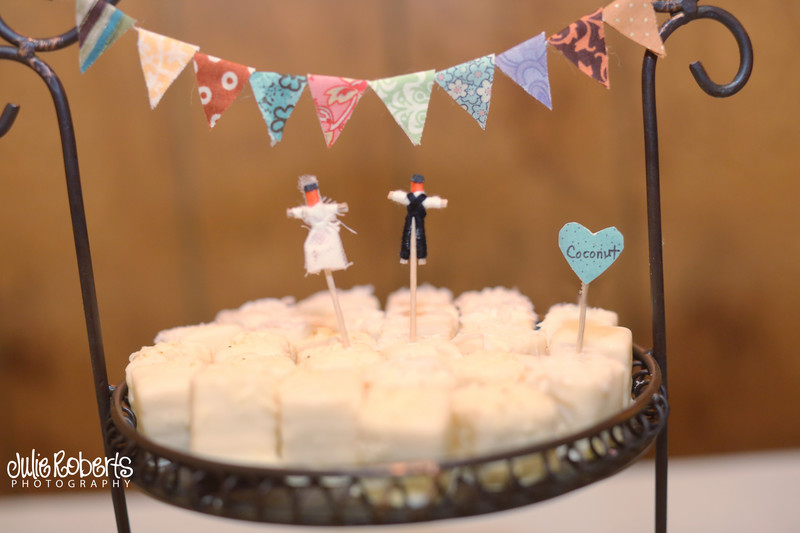 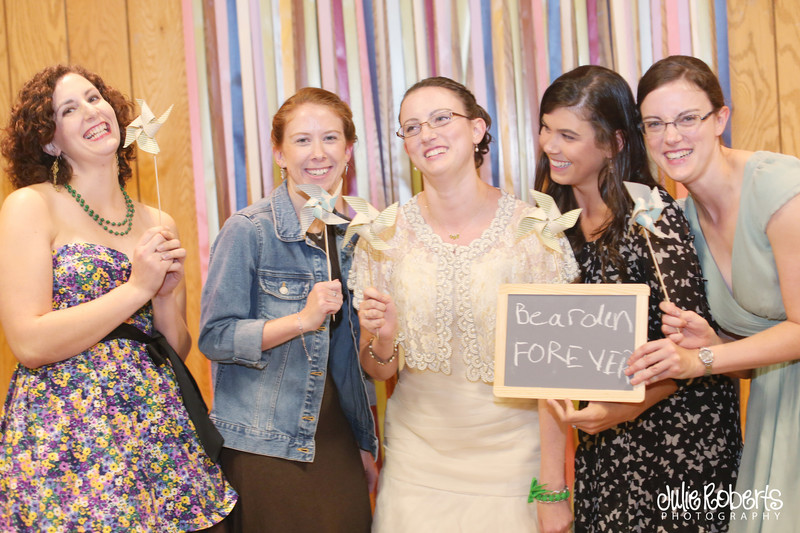 What's next for you as a couple? We are going on our honeymoon in March (to Ireland)! 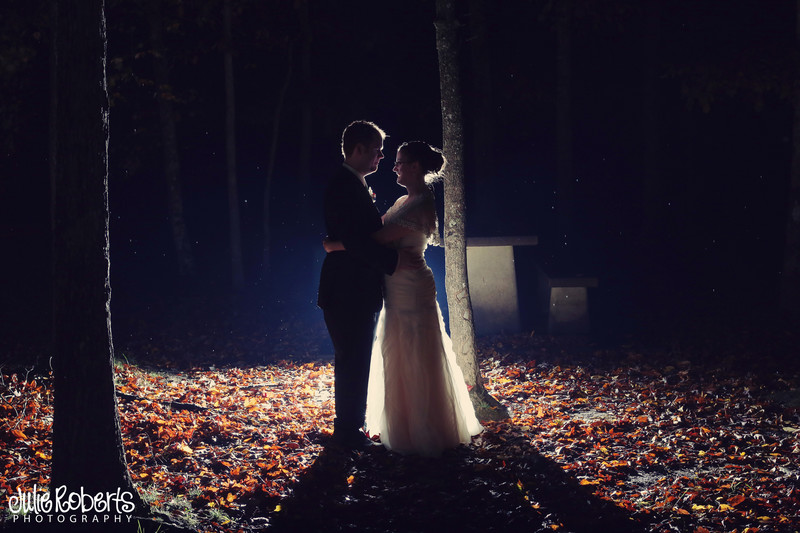 What do you think? Leave me some feedback!